Not much happens in Johnson, New Jersey until the day 14-year-old Jack discovers a dead body in a wooded area near his home. Soon after, members of an exclusive lodge in Johnson begin to die, one after the other. Driven by intrigue, Jack and his friends work to uncover the secret behind these suspicious deaths. But can they do so without becoming victims themselves? 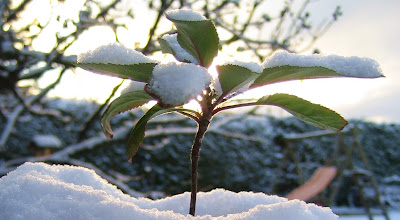 Blogging My Novel: Leaping into Draft 7

In case no one noticed, I fell off the blog wagon last week. I spent all day Monday and half the day Tuesday re-reading my novel and reviewing all the criticism it's received in its current state. I figure I read the bloody thing six times in two days--enough to challenge anyone's resolve. Tuesday afternoon I boiled my intended revisions down to seven tidy bullet points and sent them off to my 'interested-but-not-yet-representing-me' agent. That night I slept like the dead. The process of revision had begun.

What makes me so anxious about this draft is that what Draft 6 lacked can't be fixed with a few lines of funny dialogue or the odd omitted detail. Increasing a manuscript's length by 50% requires a major plot twist. It's like taking a two act play and squeezing in a third halfway between intermission and the grand finale. It's enough to make my brain cramp just thinking about it.

I am happy to report that sitting down to work is less painful than the anticipation of it. In only four partial days I've already boosted my word count by over 10%. More importantly, though, I think I've found the plot twist it needs. It came to me Friday night while cooking pork chops, go figure. I don't have all the details yet--doh, there goes that brain cramp again--but a year ago at this time I didn't have a novel.

Well, that's just about enough writing for one day. Always a sucker for public ridicule, I'll be posting a tally of my progress in the sidebar, so be sure to check in.
4 comments:

Email ThisBlogThis!Share to TwitterShare to FacebookShare to Pinterest
Labels: blogging my novel: the series

It was 1o o'clock in the morning and raining when we arrived at the Gonet winery, but my friend C and I weren't complaining. We'd been in the Champagne region less than 24 hours, and already we'd feasted on prosciutto di Parma and Gouda on French baguette, freshly squeezed orange juice and coffee as black as peat. The bus had arrive à l'heure at our lovely hotel on the outskirts of Reims (pronounce a bit like the Engish word 'rince' with your nose pinched), setting in motion the answer to a silent promise we'd made ourselves not so many years ago: we would visit Champagne, husbands be damned. But raining it was, and quiet. The house, completely dark. But we were exactly where we were supposed to be: on the cusp of fulfilling a dream.

"I am sorry," he said, his r's rolling with utmost French civility. "It is a holiday in France today. It is the day we visit the graves. Between my wife's family and my own, we have five to visit. I did not expect you."

He had me at, "I'm sorry." The gentleman was forgiven.

Monsieur Godet escorted us past his large steel vats of this year's stewing juice, to the elevator that took us into his cellar. He showed us the cages where he loaded hundreds of bottles at a time so that the sediment from the wine's second fermentation, that which produces the wine's characteristic bubbles, would settle down to the cork. He showed us the machinery that would later uncork, fill and recork the bottles; the forklift that stacked the cases; and the nooks and crannies where his workers didn't come often enough.

Shortly thereafter he escorted us to his lovely banquet room reserved for tastings. Its windows overlooked rolling hills of vineyards as far as the eye could see. The tables were adorned with handpainted bottles of conspicuous vintage; the walls bore certificates of honour. On a long central table lay a tray of nearly two dozen champagne flutes. Along side were four bottles he'd painstakingly chosen for our pleasure. At the table's center was a large silver spittoon beside a plate of the infamous pink biscuits of Champagne. Let the tastings begin.

He poured his Champagne Reserve Brut to start. It was lovely with fine bubbles and a pale colour. The glasses were filled more than the typical drab afforded by Swiss caves. I was impressed by his generosity. Half way through, I heard the pop as the second bottle opened. Curious to compare, I scanned the room for a place to empty my glass, still half full. I found my way to the center of the table and tipped my flute into the silver spittoon.

The second glass had a remarkable nose. "Honey," we all agreed. I sipped slowly and appreciatively, but when third bottle made it's appearance I turned again for the large silver vessel. I was mid-dump, past the point of no return, when our charming host cried, "Not the vase!"

I can only be grateful that he'd not cried, "Not the urn!" Had I poured his lovely cuvé over the ashes of his dearly departed belle-mère I fear I might not be here to write this post.

I honestly never noticed that I was the only one pouring off my glass. I apologized profusely and for the rest of the day never once poured my coupe into anyone's precious family heirloom.

It was a lesson that I will not soon forget: when in Reims, one drinks.
2 comments:

Email ThisBlogThis!Share to TwitterShare to FacebookShare to Pinterest
Labels: travel

Warding Off the Rejection Fairy One Draft at a Time

I've received what one might refer to as a request for unrepresented revisions. They like my novel enough to ask to see what else I can do with it. There's no guarantee they'll produce an offer once the revisions are done, but I'm at least out of the slush pile. In this mouse-seeks-cheese game of children's literature, this counts as one baby step forward. They've also asked to see what else I've written--another step. Yesterday's excitement is giving way to abject fear today. I'm sure once I get into the thick of it, my apprehension will dissipate, but until I do I'll be trembling here in Corsier.
No comments:

Email ThisBlogThis!Share to TwitterShare to FacebookShare to Pinterest
Labels: blogging my novel: the series

"Oh, thank God!" These were the first words that escaped this morning when the radio announced that Barack Obama had won the 2008 US Presidential Election.

"What? What is it?" the girls asked, pausing their spoons mid-bite.

He'd won. The American people had decisively elected a person of colour to the White House. "He won!"

I turned off the radio and sat down at the table between them. "A long time ago people with dark skin were stolen from Africa and brought to America where they were forced to be slaves. Slaves are people that are bought and sold as like animals. The people who owned them made them do hard work and often treated them very meanly. A man named Abraham Lincoln put an end to slavery in America, but people with dark skin continued to be treated poorly. White people wouldn't let them use the same bathroom or go to the same schools. Slowly things have changed, but until today there has never been a black president of the United States. Now there is--his name is Barack Obama."

"Oh," said Emma, putting down her spoon, "Can I have some more cereal?"
1 comment:

Email ThisBlogThis!Share to TwitterShare to FacebookShare to Pinterest
Labels: motherhood, this and that

It was November 4, 1980--the day I turned nine-years-old. I was living in Dearborn, Michigan and spoke with a born-and-bred Midwestern accent despite having moved there only two years before. My best friend's parents were out of work and they weren't alone. The majority of families whose children attended my suspiciously all-white elementary school earned their living from either GM or Ford and both had invoked widespread layoffs.

Despite our young age--or, more likely, because of it--the teachers at Snow Elementary staged an election. The ballot was simple: Ronald Reagan versus Jimmy Carter. As far as I could tell--remember, I was nine--Reagan's economic platform would get my friends' parents' jobs back. I entered the school gymnasium that morning a decided voter. I made my choice and, to this day, I don't regret it. An educated choice is one's responsibility, right, and privilege. I pray that the American public has risen to the challenge.

Until tomorrow...
No comments:

Email ThisBlogThis!Share to TwitterShare to FacebookShare to Pinterest
Labels: this and that

Canada's Two Cents in the US Presidential Election

Email ThisBlogThis!Share to TwitterShare to FacebookShare to Pinterest
Labels: this and that
Newer Posts Older Posts Home
Subscribe to: Posts (Atom)