Yesterday afternoon the parents of Corsier helped animate Les Jeux, or Games Day. I was in charge of refreshments, dispensing over 35 liters of syrop, apple juice and water in just under two hours. Kids, ranging in age from four to thirteen, roamed as they liked between the events which included various forms of target practice, musical chairs and face painting. 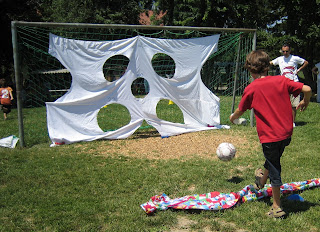 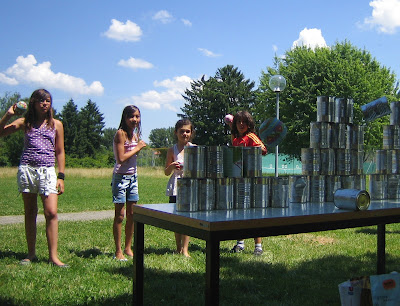 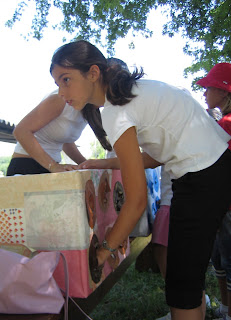 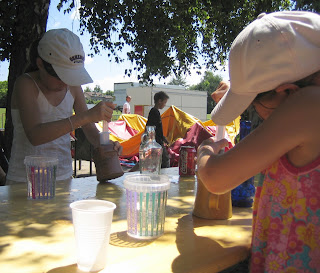 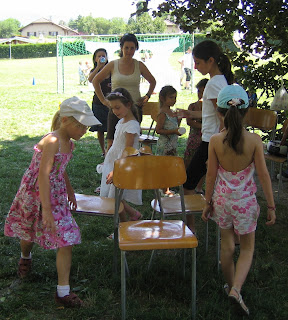 When the horn sounded that signaled the event's end, there was a general moan of disapproval. The kids were escorted back into class for their final dismissal and, with that, the 2007-8 school year was over. On with la promotion!

In case you are curious:
syrop (seer-OH) - flavoured syrups like grenadine mixed with water (pretty gross if you ask me) 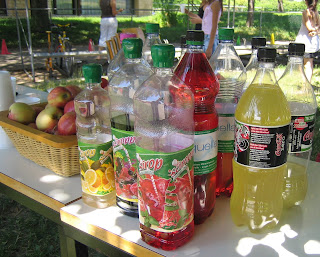 la promotion (PRO-mo-sion) - a parade, ceremony, and party which marks the promotion of all students from one grade to the next